Upgrading dependencies can be hit and miss. Sometimes it's a breeze; type in yarn upgrade, your dependencies update to the latest version, and nothing breaks.

Sometimes it is not as simple as updating a dependency; sometimes the newest version of the system you are using makes so many changes that it breaks your entire system.

This is the challenge I faced when given the task to update our frontend dependencies. Specifically, updating Nuxt from version two to version three. During this process, I found that the new version of Nuxt prefers users to use Pinia instead of Vuex.

Pinia is a state management system that is similar to Vuex for Vue.js apps. It works in Vue 2 and above.

Nuxt is promoting Pinia as the system they will be supporting starting with Nuxt Bridge and Nuxt Three. However, Vuex is still useable, just not suggested.

More importantly, Vuex itself has stated that Pinia is the new default. You can read about it in https://vuex.vuejs.org/#what-is-vuex in their Introduction page. In it, they state that Pinia has almost the same API as Vuex 5, just under a different name.

In practice the Pinia API is still pretty different, at least for Epigno's use case.

The migration guide is here, if you wish to use it for reference: https://pinia.vuejs.org/cookbook/migration-vuex.html#preparation

Immediately after installing the Pinia dependency, I ran into import errors:

This isn't supposed to happen, but I also wasn't surprised. We're trying to replace Vuex with a completely different system, so there are bound to be problems.

Other developers have encountered the same problem, as seen here: https://github.com/vuejs/pinia/issues/675

This appears to be a problem with Webpack 4. This is documented in the Pinia Cookbook here: https://github.com/vuejs/pinia/blob/v2/packages/docs/cookbook/migration-v1-v2.md#webpack-4-support

The only solution is to add this rule to the nuxt.config file:

What was not mentioned is that there may be other import errors. In our case, I also needed to add /.nuxt/ to this ruleset. Because this is due to Webpack 4, I'm guessing (and only guessing) that upgrading to Webpack 5 would fix these import issues.

Composition API and why it's required

The Epital project does not use Vue's Composition API; instead we use the Options API. This isn't necessarily by preference, it just happens to be what Epital has already been using when I came on board.

If you decide to use Pinia in your project, keep in mind that the Pinia documentation assumes you are utilizing the Composition API.

Pinia is not necessarily better than Vuex

While converting two of our stores from Vuex to Pinia, I came across a few issues with the Pinia API. However, let's focus on the positive first.

Using Pinia, we can remove the getters block and replace mutations with the actions block:

If anything, I do like how Pinia is used to create a store. Also, Pinia uses stores instead of store as part of its folder structure. You can see more about that here in their migration guide: https://pinia.vuejs.org/cookbook/migration-vuex.html#restructuring-modules-to-stores

Now, this makes sense. If we are going to be naming our stores with the use prefix, then it makes sense that the folder is named stores.

Using Pinia's store API in practice makes things a little more difficult (or perhaps just different) when you compare it to Vuex.

How we utilize Vuex in code

If we want to use our profile store in a page, we do not have to import anything. This is because the state is accessed with the $store property. This can be accessed anywhere in our site using this.$store.

The exception is when we want to use it in middleware, asyncData, or other lifecycle hooks that do not have access to the store. In these cases, we normally pass the store property. For example:

How does this change in Pinia?

Let's take the most annoying part. If we want to access the store in asyncData, we cannot just pass store (in fact, it would no longer exist when using Pinia). Instead, we have to pass the $pinia property.

But that's not all. We also have to import the store that we want to use, and then pass the $pinia property to the store function to "activate" it.

Whether you think this is better or worse depends on your idea of ease of use and maintainability. Personally, I think it makes things a little harder to use since we now have to import all the stores that we need to access in a particular file. Basically, it takes longer to set up. However, this may mean that maintainability may be a little better (not necessarily easier), but that depends on you.

I wanted to replicate how we could use this.$store anywhere in the code to access our state. I created a global mixin that would be initialized when the frontend is spun up.

Now I can access $stores from anywhere in the app, except from certain lifecycle hooks, such as asyncData, and middleware.

Granted, I can probably spend some time to change this so that it's a plugin or module that is available everywhere at any time.

However, because the Pinia stores are functions, how we call them will be confusing to developers.

Should you use Pinia?

Well, it depends. If your project is small and you want to use a state management system that will continue to have new features added, then sure, Pinia might be for you.

But, if you're like us and you're already using Vuex, I honestly cannot make the recommendation to switch over to the Pinia system. From what I can see, it simply does not improve anything.

The Pinia team made one thing less verbose: creating a state that does not require mutations or getters blocks.

But, then they made another part of it more verbose: Importing your states in each file that uses them, and requiring more code to initiate them.

Furthermore, I think Pinia makes it pretty clear that they assume you are using the Composition API, instead of the Options API.

Because of that, if I was making a new project, I would use Pinia instead of Vuex.

That doesn't necessarily mean that Pinia is better than Vuex, though.

As it stands, Vuex is currently in maintenance mode, so bugs will continue to be fixed. However, I cannot fathom converting a project from Vuex to Pinia; the benefits, if any, are minimal at best.

If you are using Nuxt, especially Nuxt 3, then you should probably use Pinia instead of Vuex, since Nuxt 3 will support Pinia. However, Vuex still remains a viable option if you are in the process of updating your project from nuxtjs to Nuxt 3.

In conclusion, use Pinia if you are making a new project. Otherwise, stick with what you have. Epital will be sticking with what works for it, and in this case that is Vuex.

If it's not broke, don't fix it. -- Me. And probably a million other people. 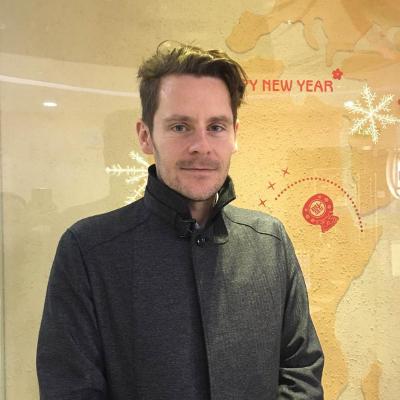